Why is Ganesh Chaturthi so important festival for Hindus? What are the benefits. 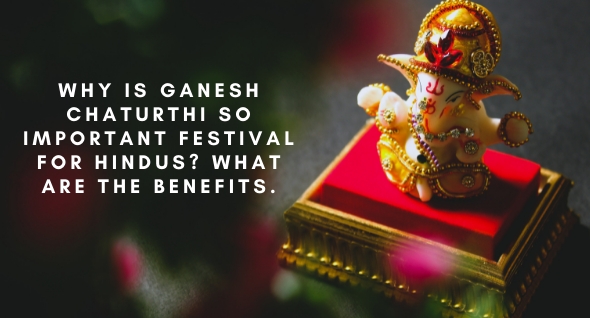 Astrology Kart astrologers explains, Every year, Ganesh Chaturthi, also known as VinayakaChavithi, is an auspicious Hindu celebration that lasts for ten days. The celebration takes place inside the Bhadra month, usually falls around mid-August and September on the Hindu calendar. It is the birthday of Lord Ganesha, the elephant-headed deity chat with astrologer. Ganesha is the Hindu God of money, sciences, knowledge, wisdom, and prosperity, which is why most Hindus remember him and ask for his blessings before beginning any major project. Gajanana, Vinayaka, and Vighnaharta are only a few of Lord Ganesh's 108 names. This day is celebrated with tremendous devotion and delight by Hindus all over the world. It is primarily observed in Maharashtra, Gujarat, Goa, Madhya Pradesh, Karnataka, and Telangana in India Chat with Astrologer.

Some worshippers celebrate the day at home, while others visit public pandals to offer their devotion to Lord Ganesha. People pay Ganesha their respects, prayers, and sacrifices. For friends, relatives, and visitors, dishes like Lord Ganesha'sfavouriteModak, PooranPoli, and Karanji are cooked. Astrology Advice