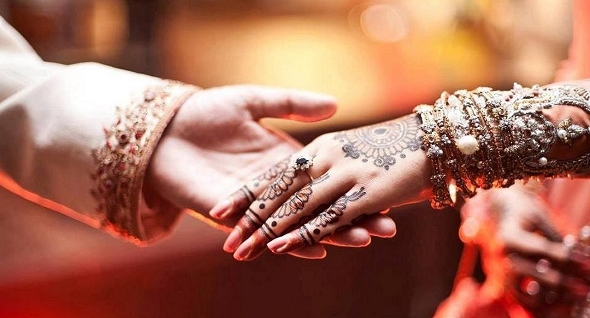 Marriage is an auspicious connection between two individuals, yet it may also be the most uncomfortable relationship in someone's life. Talk to Astrologer, Occasionally spouses argue as soon as they marry, and sometimes they lose attraction to their relationship over time. There might be a variety of causes for quarrels, misunderstandings, and eventually animosity between spouses, but Astrology approaches marital difficulties from an entirely different angle.

Astrology can identify the source of a relationship issue and provide solutions. A difficult marriage is the result of negative planetary forces in our birth chart, which have ties to our former incarnations. Past life readings may help you understand why you are having marital troubles. Talk to Best Astrologer in India, Using astrology to resolve marital issues can undoubtedly be helpful after a proper diagnosis and counselling. Several factors must be considered to make an accurate marriage prediction, which can only be done by a professional and scholar astrologer.

Marriage is the most important choice and should always be made after consulting with an astrologer. Most of the time, the primary cause of problems between spouses is a lack of mutual compatibility. Thus, it is recommended that everyone undergo Kundli matching before getting married to determine compatibility as well as the odds of the marriage's survival and success.

Marriage astrology lists the ten most common marital difficulties. It is critical to understand that these issues may be resolved with competent astrological counsel.

1. Loss of interpersonal compatibility- When there is bhakoot dosha in the Kundli, couples struggle to comprehend each other. Both the janma nakshatra and the Rashi lords affect the mental pursuits of the inhabitants, so both must be in harmony for the couple to be compatible.

2. Lack of Communication- In the early phases, the couple attempts to avoid arguing or addressing their issues. However, misconceptions accumulate over time, resulting in harsh relations between them. The position of Mercury and the second house will be significant here.

3. Absolute dominance- A spouse may desire for his or her mate to be exactly like him or her. It is almost impossible, and couples begin to argue as a result of a lack of personal space in a relationship. Interference should be limited and should not overpower the romance of marriage.

4. Extramarital affairs- Malefic planets with influences at the Lagna or Moon might cause any of the partners to engage in extramarital encounters. This is detrimental to the marriage.

5. Financial aspects: A lack of financial success or monetary transparency can cause major problems in a marriage. The woman may expect her partner to provide financial stability for her, something the male partner may not do.

6. Jealousy and pride- This occurs when both couples earn. One person may feel envious or insecure about the other person's better financial earnings or pay. This causes a gap between the life partners.

7. Lacking personal intimacy- The spouses may lack sexual closeness due to overwork or exhaustion. This, in turn, leads to a troubled married life over time. By enhancing Venus, the karaka of romance and love in married life, astrology may aid to promote sexual closeness between spouses.

8. Cultural differences- The spouses may come from different cultural backgrounds with distinct value systems. This might become the root of the spouses' disputes and resentment.

9. In-law interference- In certain circumstances, the female finds it difficult to adjust to her in-laws' excessive meddling in their married connections. This eventually leads to a rift between the pair. For a native, the 4th and 10th homes are the houses of father-in-law and mother-in-law, respectively. An astrologer may suggest treatments to help couples improve their marriages by repairing their houses.

To get Astrology consultations online visit Astrology Kart and Chat with Astrologer.