A simple guide to Kaal Sarp dosha effects and its remedies 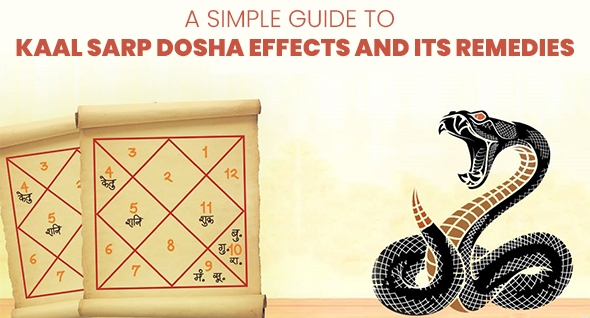 Astrologykart.com site told, The most horrible and damaging dosha is Kaal Sarp, and its presence in a native's horoscope is considered brutally unlucky. Vedic astrology mentions a number of yogas. When the seven planets are positioned between the dark planets Rahu and Ketu, the Kaal Sarp yoga is thought to form in the native's horoscope. One can do Kaal Sarp Dosha Puja to remove the issues in their lives caused by the presence of this dosha in their Kundli and to free themselves from the malefic effects of this dosha. Many yogas and doshas are found in the horoscope of the native, which have been identified by saints from ancient times. Talk to the astrologer